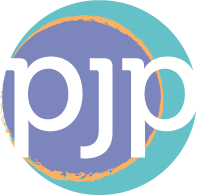 Explore non-fiction books that will help you thrive in, with and around nature.

And a really good novel to escape this world! 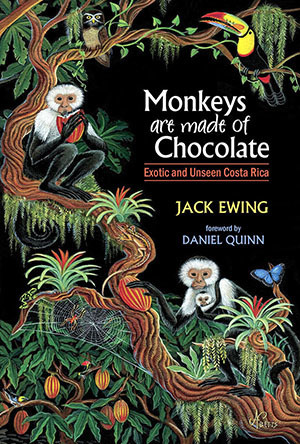 Monkeys Are Made of Chocolate

Monkeys Are Made of Chocolate: Exotic and Unseen Costa Rica
by Jack Ewing
foreword by Daniel Quinn

Discover the mysterious and fascinating ways in which animals and plants-and people-interact with one another in the rainforests of Costa Rica. Author and naturalist Jack Ewing shares a wealth of observations and experiences, gathered from more than three decades of living in southwestern Costa Rica, home to some of the most prolific and diverse ecosystems on Earth. More than just a simple collection of essays, Monkeys are Made of Chocolate is a testament to the wonder of life in all its countless guises, as seen through the eyes of a man with a gift for subtle discernment and a natural flair for storytelling.

"I taught about leaf cutter ants to my sixth grade class and the children were thrilled and amazed. Your pieces on Baird's tapir were so good I simply read them to the class, out of which they decided to raise money to adopt a tapir. Thank you!"
— Stu Summer, middle school teacher - Hillsdale, New York

"Written in language accessible to everyone, the 32 stories in this book delve deep into the fascinating world of Costa Rica's tropical wildlife, skillfully intertwining ecological facts with current environmental and social issues which affect all of us. Even trained scientists will find something new in the personal, and often humorous, observations in these pages. This book is perfect reading for every inquisitive traveler to Costa Rica."
— Rob Rachowiecki, author of Lonely Planet Costa Rica guidebook (the first five editions)

A Collection of Essays

Jack Ewing's love affair with the rainforest began in 1970 when, in search of new opportunities for plying his Bachelor of Science degree and his skills as a cattle rancher, he left his native Colorado and moved his wife, Diane, and their young family to the jungles of Costa Rica. His ever-growing fascination with the rainforest, however, soon prompted his transformation into environmentalist and naturalist.

A natural-born storyteller, Jack's articles about life in the rainforest appear regularly in Costa Rican publications, and he often speaks to environmental, student and ecological traveler groups. He is currently president of two environmental organizations, ASANA and FUNDANTA. His expertise on biological corridor projects is much sought after. "What we must do to save the rainforest," says Jack, "is connect the parks, refuges and reserves with biological corridors and then teach the people how to make a living from these natural areas without damaging or destroying them. If we want conservation to work, we have to make it profitable."

Jack and Diane live on internationally acclaimed Hacienda Baru National Wildlife Refuge where he currently serves as the director.

Save this product for later
Display prices in: USD

"Invaluable in helping sort through the hype and sometimes conflicting information that can befuddle and discourage log-home enthusiasts. I can think of no better place to start (or re-start) the quest for your own log home than in these pages."

"If you live in bear country (and, unless you're an inner-city resident, you probably do), you owe it to bears to read this smart, useful and long-overdue book. Don't let them die because of your or your neighbors' mistakes."

Monkeys Are Made of Chocolate:

"...Even trained scientists will find something new in the personal, and often humorous, observations in these pages. This book is perfect reading for every inquisitive traveler to Costa Rica."

"Lloyd makes a complex subject accessible and helpful to a broad audience, from interested homeowners to system installers. A solid addition to all 'renewables' collections."

We believe words are powerful and that a book in hand is empowering in ways the internet can't be. To really delve into a subject and glean some hard-won wisdom, read a good book.

We make it easy for teachers, schools, organizations and other non-profits to buy direct from us: our store lists quantity discounts of books AND we offer a variety of educational materials (door hangers, pocket guides, study guides) to help educate and motivate your students and members. 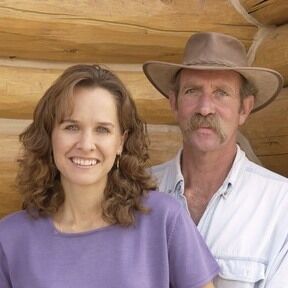 How we ended up here

In 1999, after publishing a best-selling book on horse nutrition, we relocated our new publishing company several miles off the beaten path to a place of breathtaking views and endless wildlife. But no utilities. And so we began the odyssey of handcrafting a home from a pile of trees and learned how to harness the sun and wind to provide the energy. We then transformed our hard-won knowledge into a couple of popular graphic-packed renewable energy books. Soon afterwards we added more authors to our lineup and expanded our range of topics.

All in all, PixyJack Press is rather ‘green’ when it comes to our list of environmental titles and our reliance on renewable energy. Even Publishers Weekly took note of this unique combination in the article, "Green and Off the Grid," by Bridget Kinsella (2009).

But since the real-life adoption of renewable energy transcends petty politics, readers never know that our authors come from both ends of the political spectrum; guilt trips are left at the door.

Every good book starts with an articulate, passionate author who effectively puts together thousands of words to inspire and inform.